The Vectis system has been going on for a good number of years and it's one of those nice little churners which seem to return about 50 points of profit every year.

The name, Vectis, was given to this system by the member who lived on the Isle of Wight when he developed this system. Vectis being the Roman name for the island.

The rules for this system is rather simple; there has to be an 'e' alarm given for the horse and the sum of the 5 Year Class and Weight Differentials have to be positive. In other words we've got a good horse which is placed into the right race and a favourable weight.

This system doesn't give a large amount of selections but it does well in returning a steady income if we look at each of the previous years' results. 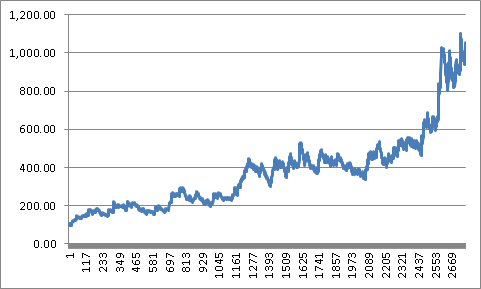